Would you Adam and Eve it ? 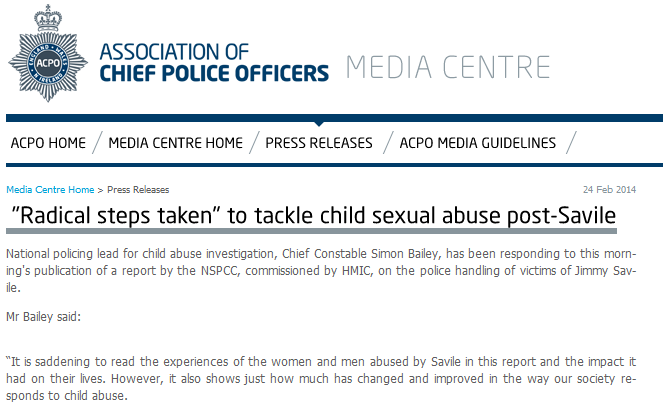 It was Moor Larkin who alerted me to the fact that the Report that ACPO, the Press and the NSPCC were presenting as newly published was actually dated Sept 2013 !

Just to be doubly sure, I checked !

This is the NSPCC press release dated 24th Febuary 2014 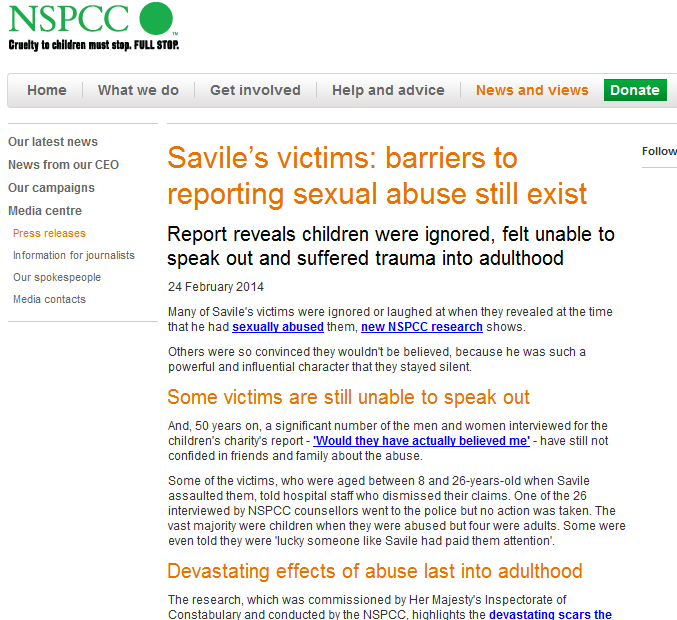 I had some questions to ask the NSPCC and the Police Chiefs, and I did ! First stop, the cops ! 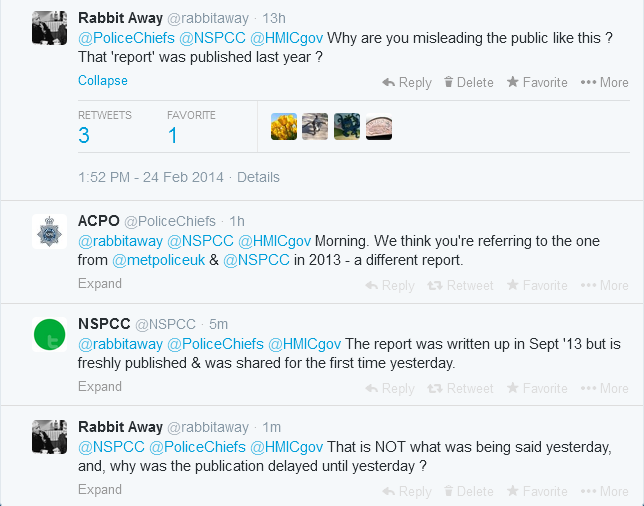 Not on the ball are they those Police Chiefs - how many reports called 'Would they actually have believed me' are there ?

I heard nothing more from the cops, but the NSPCC obliged me with moor responses ! 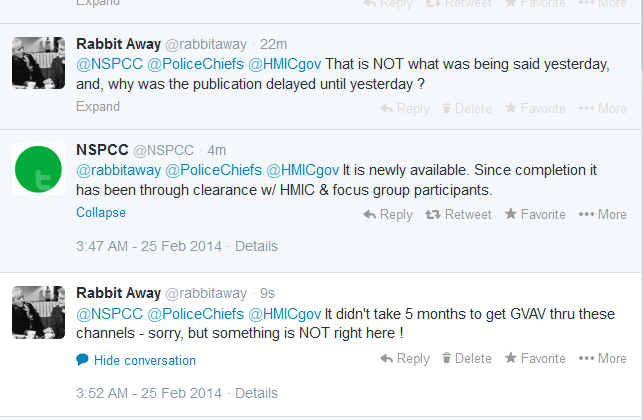 Things really started to heat up when I saw the BBC tweet !

'Victims' being "laughed at" where the hell was this in the report ? By the next response 'victims' had become 'participants' ! 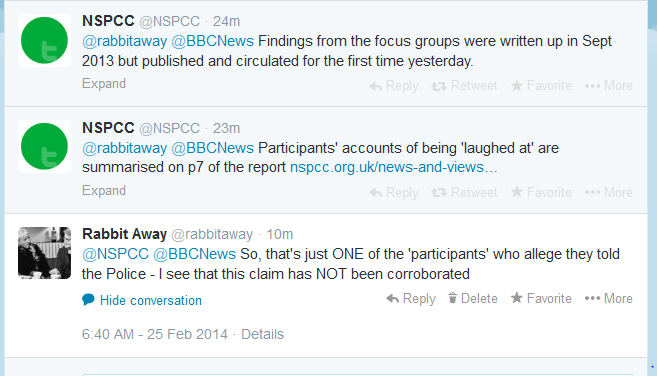 And here's the final part 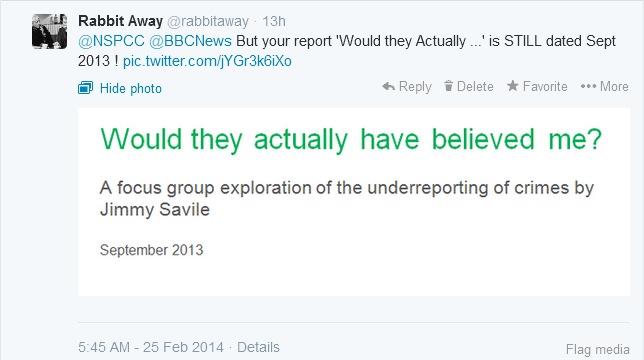 Sorry, it can be difficult to follow twitter conversations at the best of times, but I think you get the picture of what I'm trying to say !


I always say that there are no such things as coincidence. There is NO way that a report deemed to be important for child protection and written up ready for publication would be delayed for 5 months. I was not the only one asking questions, Channel 5 appeared miffed too but for very different reasons !

What's going on here then ? BTW, Matt Hopkinson is the is the head of Press for the NSPCC !  Mr Drucker was still not happy, and I thought I'd add my tuppence worth in the hope he might see a possible 'exclusive' in this ! 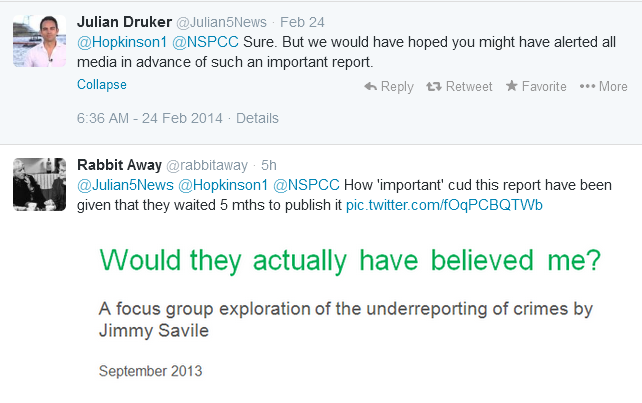 After reporting my concerns about the NSPCC's apparent lack of transparency in regard to the publication of their latest Report, to the Charity Commission, I ended my day, more or less back where I started asking that same question but this time to a firm of solicitors *

There is no such thing as a coincidence, the same day this new/not new report was being used as a weapon against Sir Jimmy Savile, by those who would prosper by establishing his post death guilt, an interesting case was just beginning in the High Court. Our friend, Anna Raccoon has written a fine blog piece and I urge anyone who has not already done so, to read it !

In May last year the Barrister Barbara Hewson remarked about
how 'the police and NSPCC assume the roles of judge and jury.'

In the unlikely even that a child or indeed any vulnerable person came to me claiming that they were being mistreated, I certainly would not laugh, and I would certainly listen to them and try to help as best I could, but, do I believe the line that is being spun here by a National Charity, a large firm of Solicitors, and the kow towing enclave that is ACPO ?

Well done Moor BTW for spotting the date on that report !

I removed my pic detailing a tweet I sent last night on the grounds that the originating tweet I had responded to had been deleted by the sender.