Case for the Defense Day 15

Ladies and Gentlemen of the Jury, I trust you enjoyed your enforced break in the proceedings and you successfully followed the restrictions imposed upon you for the duration of the adjournment. No doubt, you have managed to avoid any Savile related stories either online or in the media !
Pressing on, I should like to refer you if I may, to exhibit 33 in your evidence bundle, a newspaper article from The Derby Telegraph published just three days ago - 14th October 2014 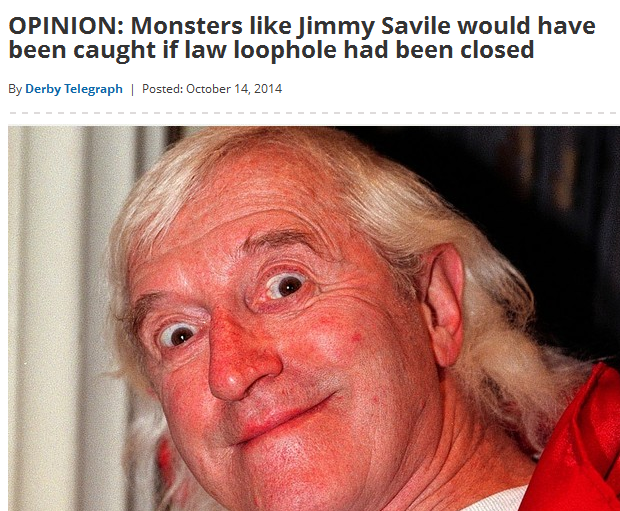 The writer is none other than Liz Dux who goes on

Let's just stop Ms Dux there shall we ? I have read most if not ALL of the official reports relating to this case and nowhere can I find any recorded evidence of any informal, let alone formal, complaint lodged against Sir Jimmy save the 2007- 2009 investigation. Let me just back up that statement with facts in a moment. Firstly, let's take a look at this interesting piece about what Surrey Police claim, not to have known in that earlier investigation ! 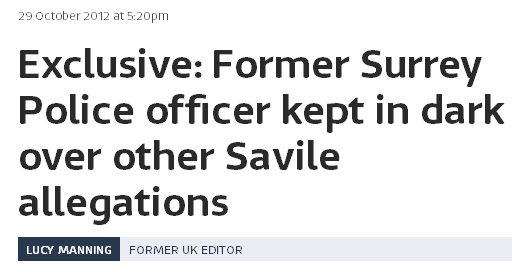 As usual, the source is anonymous !

I've covered the 2007-2009 in some earlier submissions Ladies and Gentlemen but I thought I'd look a little closer at that sentence about 'allegations received by the mps in the 1980's or 2003' Again, the Jersey gossip I have also covered !

Exhibit 34 Ladies and Gentlemen this rather ominously titled report dated March 2013 (two months after the MPS released theirs).

Page 2 is useful because it allows the reader to cut straight to the chase as it were !

Maybe, the hundreds of 'victims' told some other body ? On page 15 it lists those potential confidential sources of help including Barnados, Havoc (help for adult victims of child abuse), NSPCC and Childline but !

Ladies and Gentlemen, it is certainly hard work establishing exactly how many complaints were made and/or recorded prior to Operation Yewtree. The Police inspectors consider that there were in actual fact, seven on P14 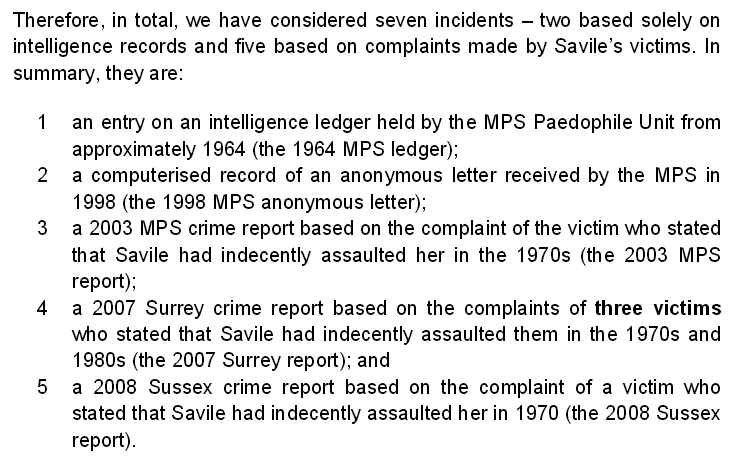 The inspectors suggest that there are TWO entries on this mysterious 'ledger'. One of these refers to Duncroft schoolgirls in absconding to Battersea in 1964. We are not told what the other alleged 'entry' is !

The details behind this 'ledger' are vague to say the least. But the inspectors accept it's existence (P19)

But, how was anyone able to FIND this alleged record in 2012, when the inspectors concede that it was NOT recorded on any computer database until the late 80's ? Or so the inspectors would have us believe, because this conclusion is merely guesswork as far as I can see. Indeed, a reasonable person would ask this question of the writer : WHY WOULD details contained in a 1964 ledger suddenly be transferred in the 1980's and, IF IT WAS and Savile's name was on the Police National Computer (PNC), how come the cops in 2003 did NOT pick this up ?

Here's that footnote referred to as (30) describing the status of Police computer recording systems at the time !

Now, here is where things get interesting, if they were not already Ladies and Gentlemen. Leaving aside the alleged recorded allegations above for a moment, let me take you back to another set of claims referred to by the inspectors and accepted as significant - JERSEY ! (P5)

You may wish to refer back to the transcript of evidence detailed on Day 13 Ladies and Gentlemen where I considered the Jersey claim/s in detail !
http://rabbitaway.blogspot.co.uk/2014/09/the-case-for-defense-day-13.html

You may also wish to re-read this earlier blog post and in particular, this IMPORTANT FACT contained in Alison Levitt's report P54

Now, Jersey Police may NOT have had 'direct access to impact' (see above) BUT they did have access to UK POLICE computer databases aka PNC. Indeed, they even had access to HOLMES too in 2008. How do I know this ?

Then there's this from the States of Jersey Police annual report in 2007 !

Perhaps my next witness could explain more about Police databases in 2008/9. After all he was right in the middle of this vast leap forward for information sharing in 2006 ! 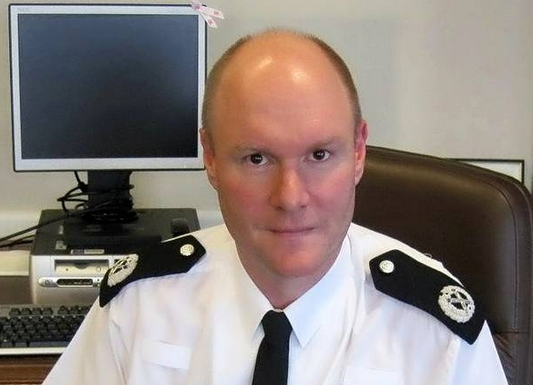 Yes, it's Commander Spindler or DCS as he was in 2006 and here's more about his involvement with this particular aspect of the story ! 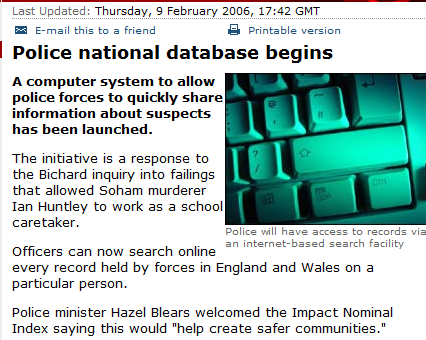 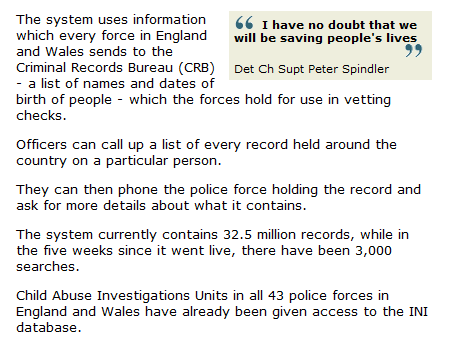 A year later, it had been extended well beyond those 43 forces

Ladies and Gentlemen of the Jury, is it conceivable that the States of Jersey Police would NOT have checked the PNC/Holmes2 or whatever other database it needed to in 2008 IF they seriously considered Jimmy Savile as a potential suspect ?
But, we have already established that this was NOT THE CASE have we not ?
Unlike the HMIC, but very much like the Police officers at the relevant time, I am not interested in 'gossip' or 'unsubstantiated' 'rumour' and neither should you be Ladies and Gentlemen ! The Police chiefs (ACPO) have deemed it necessary to investigate various Police forces involved in the case, referring themselves to the IPCC. This, Ladies and Gentlemen is a fruitless exercise. The Police officers at the time did the right thing and I will consider this point further at a later date !

The case for the Defense of Sir Jimmy Savile continues next time !