Mandatory Reporting - The First 21 mins of 'After Savile' 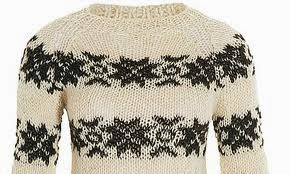 Anyone recognise the above pullover - no it's not one of Jimmy's !  But I will come back to it later !!

I must be a real glutton for punishment because I have watched the darned thing again from the start and here is how it went !

'Tonight, Panorama uncovers shocking evidence that schools and hospitals failed to protect children from serial sex abusers'.
'Secret government files show how paedophiles were able to move freely from institution to institution, putting children in danger.  As more stories emerge of Jimmy Savile's abuse there are calls for a change in the law'

By way of an introduction to a few of the folk who make an important contribution to the show we hear from 'Celia' (C) and Keir Starmer the FORMER HEAD OF THE DPP (Director of Public Prosecutions) in the UK !
Here's what 'C' has to say
"The Government need to step up.  They need to open the doors properly that people are able to speak out and they don't lose their jobs, and they don't feel scared of helping another human being".

And then the 'former Director of Public Proscutions (Keir Starmer) delivers his short, sharp plea that "people who don't report abuse should face jail"

So that's the introductions out of the way. We will of course, see and hear more from both KS and 'C' later in the show (I have already covered her contribution to the issue in my last blog post) but first we are told about the case of a real incident/s of abuse, for which the perpetrator was found guilty in a court of law !

I won't cover the whole story, but it involves a place called Downside School - a RC boarding school sometime in the 1980's.  At the trial in 2012, Rob Hastings (who learned about the Police investigation in 2011 following a trawl by the Devon and Somerset Police), was shocked to learn that, his abuser had abused another boy a year before he abused him sometime in the 1980's, but, despite an admission of guilt had been allowed to continue in his role.  In short, the school had chosen to keep the matter a secret. Rather than protect it's children they had protected themselves by seeking legal advice.  Their solicitor confirmed that there was no legal requirement to inform the police about such allegations. Rob was removed BY HIS PARENTS who had made the complaint to the school in the first place, whilst the monk was moved, quietly to an abbey in Scotland away from children.

"Ever since the revelations about Jimmy Savile, I've been investigating the secret historical record, looking at what government officials KNEW about abuse in childrens homes and boarding schools.  I've unearther declassified government files going back to the 1950's.
What they show is that, more than 60 years ago, Senior Civil Servants recognised school authorities, routinely HID child abuse, preferring instead to protect the reputations of their own institutions"

Hang onto the phrase readers 'what govt officials KNEW about abuse in childrens homes ..' I will return to it later !

The NEXT part of the show certainly ignited my interest once I engaged my brain and thought CAREFULLY about WHAT IT TELLS US about how suspicions/complaints of child abuse USED TO BE HANDLED  !

We are introduced to a woman who, in 1950, helped bring an abuser to Justice, in spite of the school Governors best efforts to bury the story !

This is the story about what happened at the Royal Alexandra and Albert School in 1950 :

Bascically, the AS took statements from the boys about the master who was by now working at another school (a Barnado's school) and took these to a Senior Governor of the school.  He did nothing and after a few months, the lady showed THE COPIES OF THE STATEMENTS to another staff member, the Police were called and the man confessed to criminal activity at both establishments.

What's interesting here is that the file also contains a 62 YEAR OLD LETTER from a Senior Civil Servant in the Home Office to the DPP containing these words :

'It looks as though the Governors, having knowledge there was Primae Facae evidence of criminal offences decided to keep quiet. not to inform the Police'

BUT, it was not JUST the school Governors who failed to report, the DPP itself, REFUSED TO CONFRONT THE GOVERNORS afterwards on the basis that there was 'no criminal offence with which they could be charged' !

Cue question about the situation now to Starmer who confirmed that the position in Law has not changed
YET !

'Keir Starmer said under a British "mandatory reporting" law, those who failed to act could be sent to jail.'

The BBC article on the programme goes on :

'While statutory guidance has been issued previously urging professionals such as teachers, doctors and social workers to report child abuse, failure to do so is not a crime in England, Scotland and Wales.'

Mr Starmer, who was succeeded as director of public prosecutions by Alison Saunders on Friday, said it was time to "plug a gap in the law" that had been there for a "very, very long time".

But not everyone is convinced that this is the way to go, further down the page :


And Dame Clare Tickell, chief executive of the Action for Children, told BBC Radio 4's Today programme: "We are not convinced that making it mandatory will do what we need it to do."

The Dept of Education had this to say :
'Other countries have tried MR and there is no evidence that it is a better stratergy for protecting children.  In fact, there is evidence to show it can make children LESS SAFE'

THE NSPCC are not in favour of a change in the law either !

Here's more from their twitter feed on the question - look out for the last response from 'Andi Lavery'  ....Well, it made me smile anyway !


The programme makers took great pains to research the case of the diligent Assistant Matron, ferreting out the now, declassified File from the National Archives.  BUT WHAT DOES THE CASE ACTUALLY TELL US ?

IT TELLS US that, there is, after all NO NEED for Mandatory Reporting ! The Ass Matron was no heroine, she was just doing the job she was being paid to do.  Whilst she was not listened to by her immediate superiors, her colleague did assist her to take the complaint to the Police.

From the unclassified File :

'Statement of the Assistant Matron'

It is strange that Meirion Jones should produce a film that appears to favour Mandatory Reporting.  After all, none of the staff  at his aunts school was aware of any claims of inappropriate behaviour on the part of Jimmy Savile.  There again, how would he know ....

HE NEVER ASKED ANY OF THEM  DID HE ?

Let's reunite that jumper with it's famous occupant shall we ? 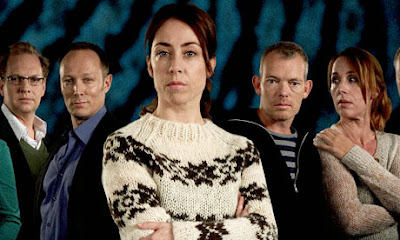 The Killing (Danish: Forbrydelsen [fʌˈb̥ʁyðˀəlsən],[1] "The crime") is a Danish police procedural three-season long television drama series created by Søren Sveistrup and produced by DR. It was first broadcast on the Danish national television channel DR1 on 7 January 2007, and has since been transmitted in a number of other countries worldwide.